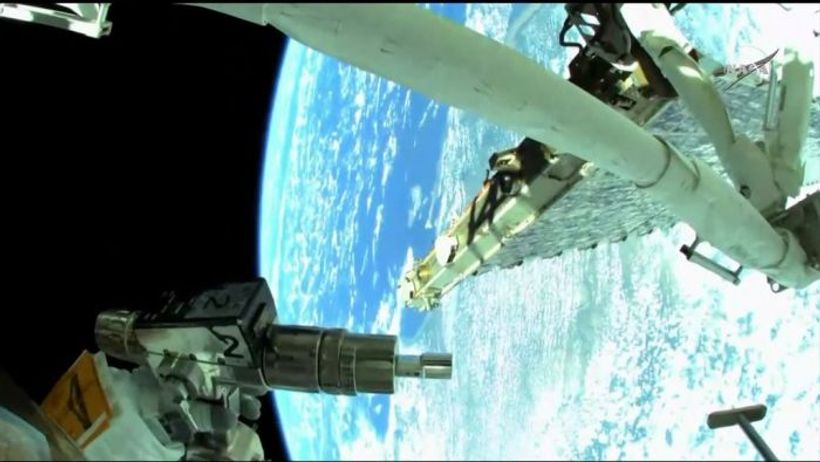 Footage from NASA showing astronauts spacewalking during a seven-hour mission over the weekend has been released.

Support frames for new high-efficiency solar panels, which will arrive at the International Space Station later this year,…