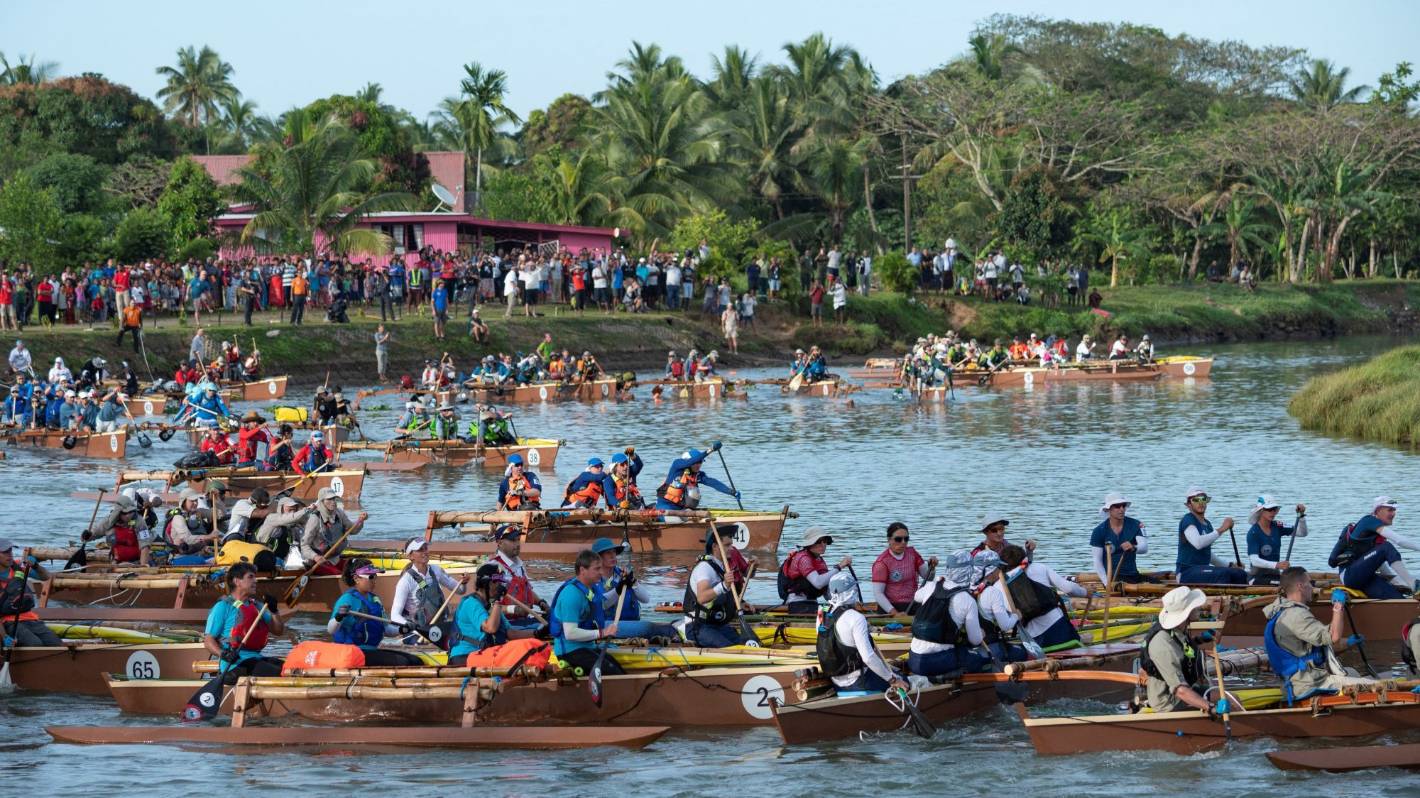 Having Bear Grylls appear mid-competition left athletes undertaking the worlds toughest race in Fiji star-struck, but it did not phase one New Zealand team.
Seasoned racer Nathan Faavae said Grylls, who is hosting a TV show on the race, appeared throughout the race.
You had a lot of highly skilled and accomplished adventurers who operate at a higher level to what Bear does, so they were never going to be star struck. But at the other end of the field you had people meeting their hero, which …