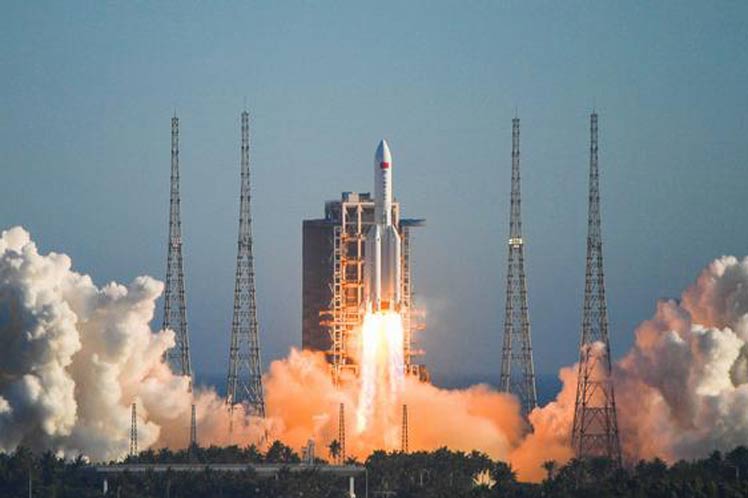 Beijing, May 8 (Prensa Latina) China’s prototype spacecraft returned to Earth successfully on Friday, after following instructions from the Beijing Aerospace Control Center.
According to the China Manned Space Agency (CMSA), it is an experimental capsule that landed safely in the Inner Mongolia Autonomous Region (north) an hour after applying the brake and entering the return orbit.
The spacecraft was launched on Tuesday from the insular province of Hainan (South), flew for two days and 19 hou…