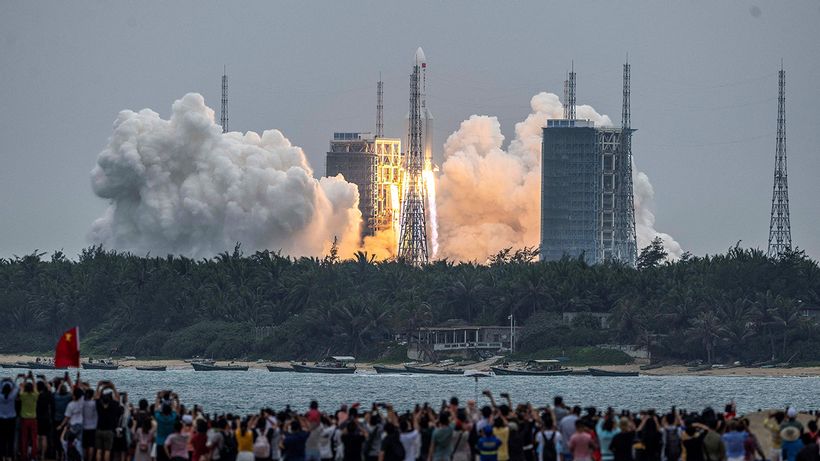 The massive core of a Chinese rocket used last week in the launch of the first leg of its space station ambitions is whipping around Earth in a low orbit, and where it lands is anybody’s guess.
SpaceNews reported that the core of the Long March 5B, which is considered a variant of the country’s largest rocket, will reenter the Earth within the next week as one of the “largest instances of uncontrolled reentry of a spacecraft and could potentially land on an inhabited area.”
The website estimated…