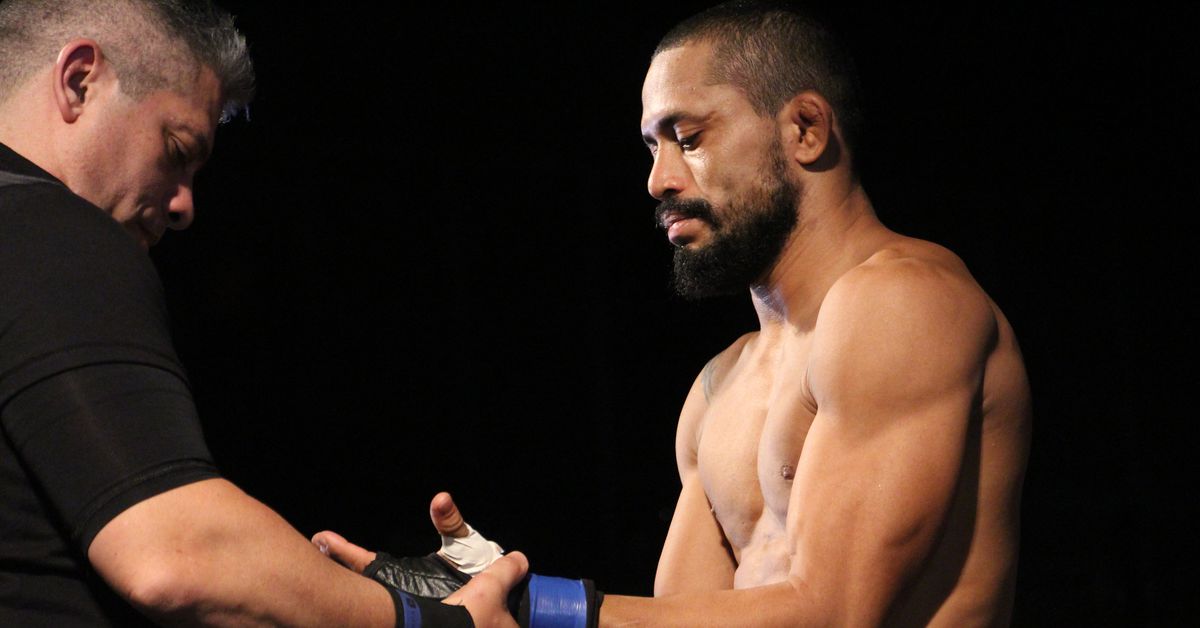 Deiveson Figueiredo has failed a pre-fight COVID-19 test, and his title rematch with Joseph Benavidez may be in jeopardy.
Figueiredos manager, Wallid Ismail, on Friday told MMA Fighting the Brazilian flyweight title challenger was due to fly to Abu Dhabi from Sao Paulo, one of three hub cities the UFC has designated for fighters traveling to Fight Island, for the July 18 fight at Yas Island. As part of the trip, Figueiredo was tested for COVID-19, and he failed the test, preventing him from getting on the plane.
Ismail said Figueiredo tested positive for the virus two months ago after suffering from symptoms of the virus. But he denied the fighter was still infected and blamed the test for a positive result. He added Figueiredos corners also tested negative for COVID-19 and said the fighter will be tested again with the hopes of boarding another plane to Abu Dhabi on Sunday.
He couldnt have tested positive because he had COVID two months ago, Ismail said.
Word of Figueiredos positive test was first reported by Combate. A UFC rep told MMA Fighting the promotion is looking into the matter and declined further comment.
The CDC and WHO still are uncertain on whether a person previously infected with COVID-19 is totally immune to future infections. In May, WHO doctor Maria Van Kerkhove told the BBC that the agency has seen previously infected persons whove previously tested negative then test positive several weeks later. She attributed the phenomenon to the healing process of the lungs as it eliminated dead cells.
Theres fragments of those lungs that are testing positive for PCR, she said. Its not infectious virus. Its not the infection. Its not reactivation. Its actually part of the healing process.
Three types of COVID-19 tests are currently in widespread use: PCR, which looks for the genetic material of the coronavirus; antibody, which looks whether a person has previously been infected, and antigen, which looks for active infection. Its not known what type of COVID-19 test Figueiredo took that produced the positive. In a UFC press release that touted Fight Island safety protocols, it noted the promotion expected to perform approximately 3,300 pre-departure and on-site COVID-19 antigen tests for UFC athletes and event personnel.
Tests performed in Sao Paulo included a nasal swab, which typically signifies a PCR test, and a throat swab, which takes the saliva needed for an antigen test.
In an interview with MMA Fighting on Wednesday, Zachary Binney, an epidemiologist previously critical of the UFCs testing protocols, said the promotion would be more effective using PCR tests, as antigen tests often cause false positives.
If confirmed positive and ruled out of the fight, Figueiredo would suffer another devastating career setback. Prior to his first meeting with Benavidez in February, which ended in a brutal knockout win, he failed to make weight and was ruled ineligible to win a title left vacant by former two-division champ Henry Cejudo.
Despite his most recent setback, Figueiredo has won his past three fights, finishing two of three.
As MMA Fighting previously reported, Alexandre Pantoja said he is on board as a backup fighter should either fighter be ruled out of the July 18 event.