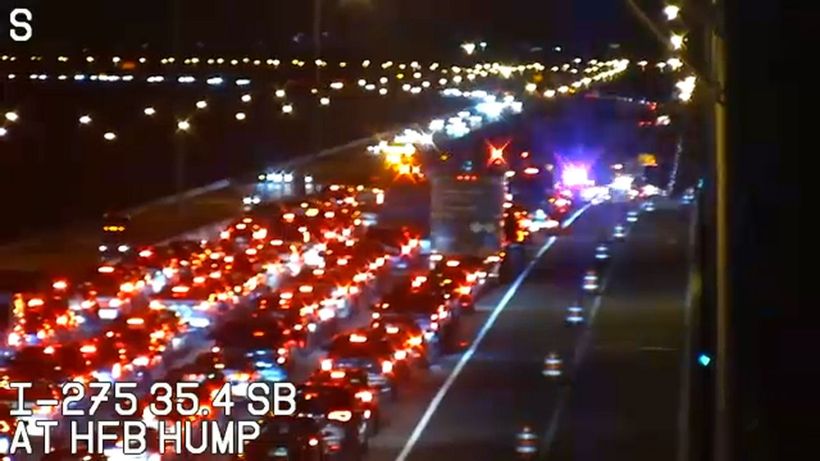 A chain reaction crash Monday night on the Howard Frankland Bridge sent a driver into Tampa Bay.
Florida Highway Patrol says a Nissan Frontier with a small trailer was parked in the inside southbound lane of I-275, just south of the bridge crest, and the driver was out of the vehicle.
Troopers say a Toyota Corolla took evasive action to avoid a crash but struck the trailer, which slammed into the driver and sent him over the wall into Tampa Bay.
A Jeep Compass then hit the back of the Corolla, according…