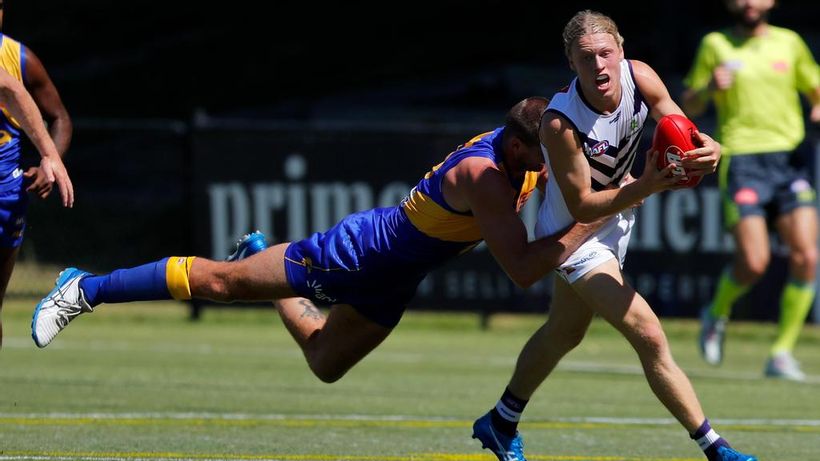 If you were wondering just how much West Australian footy fans were craving the return of AFL, look no further than Mineral Resources Park this morning.
Derbies between West Coast and Fremantle usually pack out stadiums but instead, the unofficial pre-season clash was played behind closed doors.
But it didnt stop fans from trying to get a sneak peek of the action.
Around 80 fans lined the fence at Lathlain to observe an early rendition of one of footys fiercest rivalries.
Camera Icon
Some fans…