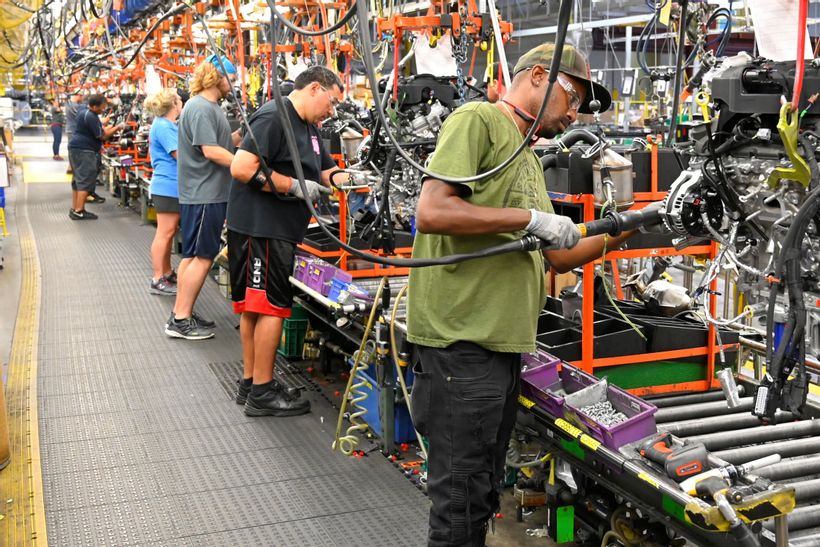 Engines assembled as they make their way through the assembly line at the General Motors (GM) manufacturing plant in Spring Hill, Tennessee, August 22, 2019.
DETROIT General Motors is restarting production sooner than expected at a crossover plant in Tennessee after supplies improved of the semiconductor chips needed to produce vehicles at the facility.
The automaker’s Spring Hill Assembly plant will return to regular production on Monday instead of April 26, a week earlier than initially announced…