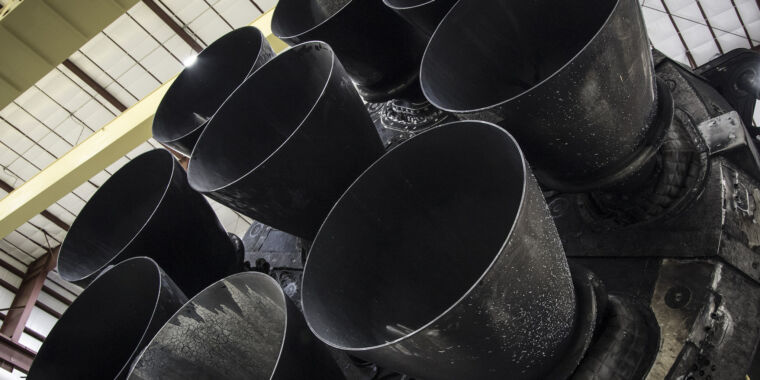 Enlarge/ Nine Merlin engines power the first stage of a Falcon 9 rocket.
34 with 28 posters participating
NASA and SpaceX confirmed on Wednesday that they are targeting November 14 for the launch of the Crew-1 mission that will carry four astronauts to the International Space Station.
Originally scheduled to launch on Halloween, NASA delayed the launch after an engine issue aborted an October 2 launch attempt of a Falcon 9 rocket, at T-2 seconds, carrying a GPS III satellite for the US Air Force.
…