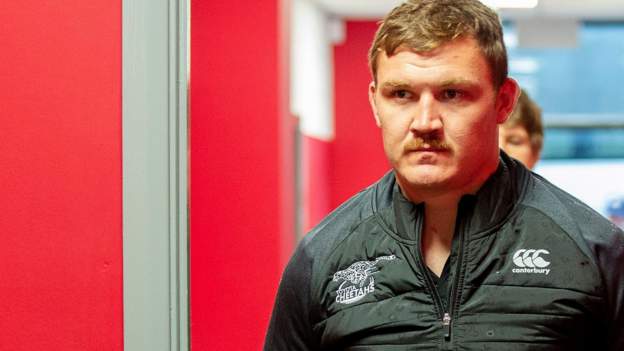 Jasper Wiese is the brother of Sale Sharks player Cobus Wiese
Leicester Tigers have signed South African back-rower Jasper Wiese from Pro14 side Cheetahs following the end of his contract with the club.
The 24-year-old made his debut for Free State Cheetahs in the Currie Cup in 2016 and was promoted to the Cheetahs’ senior squad the following season.
“The move is right for me at this time and after speaking with the coaches, I felt assured in my position,” he said.
“Everybody wants to be wor…