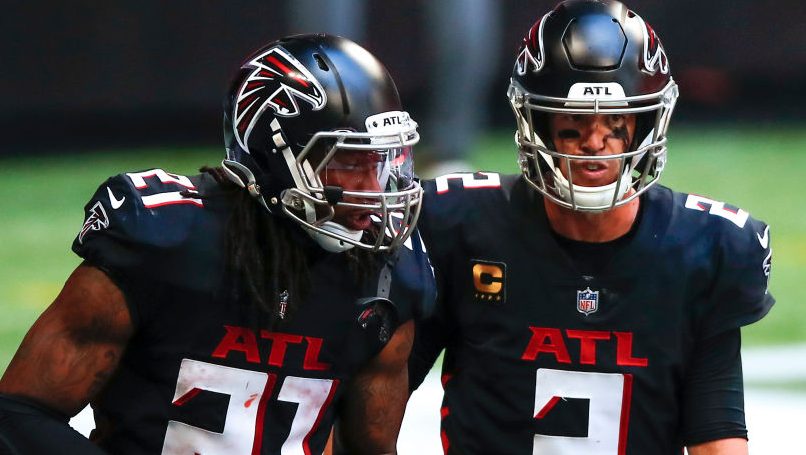 Falcons coach Raheem Morris may be blaming himself for Todd Gurley‘s mental error of scoring a touchdown when he should have gone down at the 1-yard line in Sunday’s loss to the Lions, but Gurley knew what he was supposed to do.
That’s because Falcons quarterback Matt Ryan told him in the huddle, just before the play. NFL Films footage shows Ryan reminding Gurley that the Falcons did not want to score because then they’d have to kick off to the Lions and give Detroit a chance to come back and win.
…