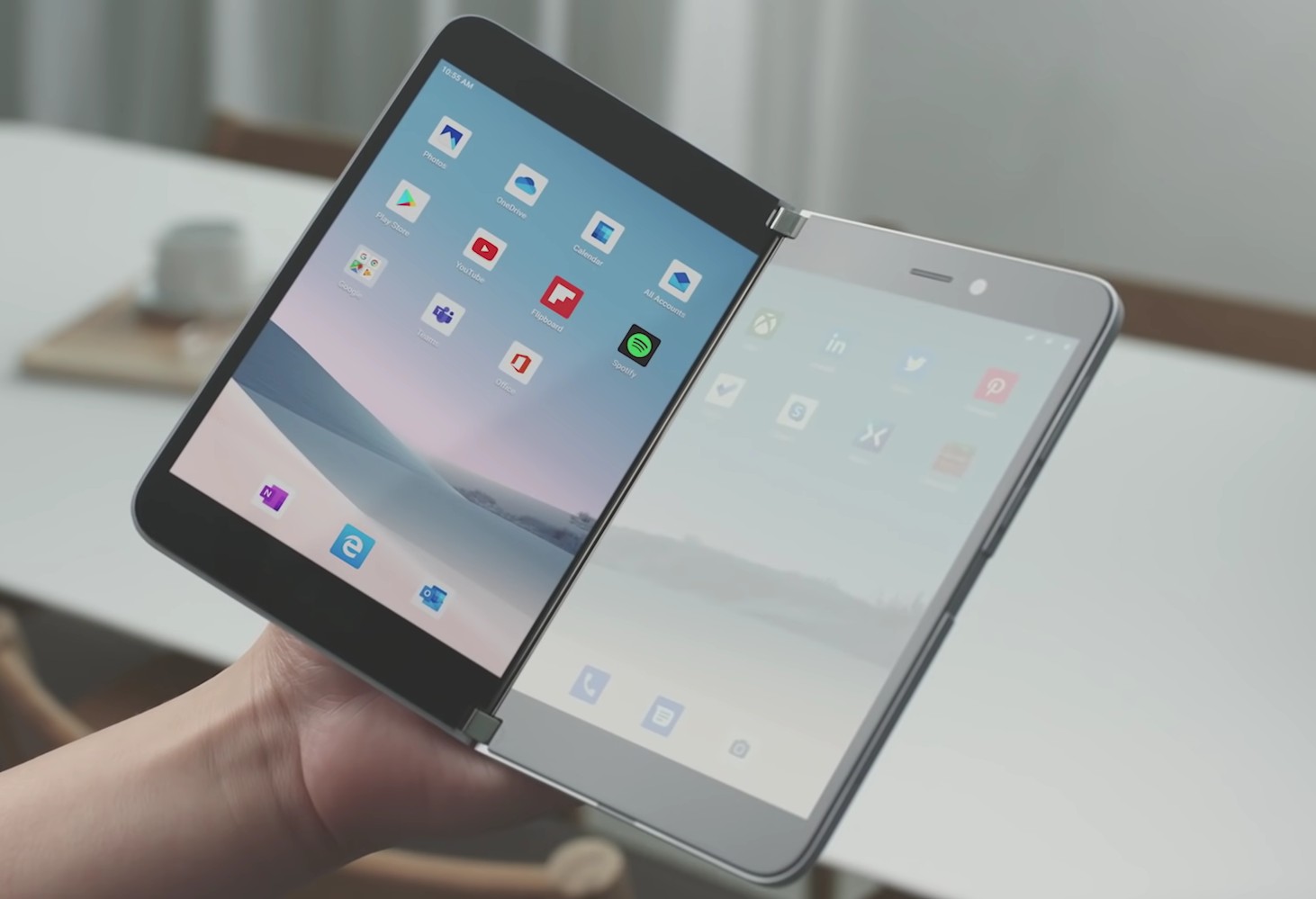 Microsoft’s Surface Duo foldable phone is reportedly not too far away from launch, however, one aspect that has many excited fans worried is the dated hardware packed inside the device. But as per a new report, Microsoft is already working on an upgraded version tentatively called the Surface Duo V2. If true, this makes a lot of sense and also provides an insight into Microsoft’s vision for the future with its return to the smartphone world.
WindowsCentral reports that the Surface Duo V2 is already in the early stages of development and a team from Movial, that Microsoft has just brought in, will work on the device alongside the company’s in-house team. “Microsoft recently completed an agreement with Movial to hire employees across several offices as part of the company’s efforts to boost Windows and Android development efforts,” a Microsoft spokesperson was quoted as saying.
As per leaks, the Surface Duo will be powered by the old Snapdragon 855 SoC – which was launched back in December 2018 – ticking alongside 6GB of RAM and 64/256 GB of storage. There will be a single 11MP (F/2.0) camera on the device and a rather small-ish 3,460mAh battery will keep it running, which sounds severely under-equipped when it comes to powering the two 5.6-inch AMOLED panels on the device.
Those specs are outdated and underpowered now that we are halfway across 2020, especially for an ambitious project such as the Surface Duo. Yes, the Surface Duo will definitely make a splash upon its launch later this year – even though it may not find many takers due to the experimental phone-tablet hybrid form factor, a high asking price, or a combination of both – but we can’t help but feel a performance bottleneck preventing it from becoming a truly game-changing device upon Microsoft’s return to the smartphone game.
But with Surface Duo V2 already in development, it is quite likely that Microsoft will carry over the lessons and engineering expertise from the first-gen Surface Duo and put it to good use. At this point, not much is known about the second-gen Surface Duo, but there is some good news though. With Movial’s team joining Microsoft’s own, the work on software development and updates for the heavily-skinned Android UI running on the Surface Duo will get a much-needed boost.
From what weve already seen in the official teaser video and heard from Microsoft, the Surface Duo will run a deeply customized version of Android that will focus on leveraging the dual-screen form factor. From a user’s perspective, it appears to be a perfect marriage of great app ecosystem and versatility courtesy of Android with the productivity offered by Microsofts first-party apps such as the Office suite providing a transformative experience on the Surface Duo.
Hiring Movials team is a clear sign that Microsoft is serious about its comeback in the smartphone game by blending an innovative form factor and powerful hardware with a functional software that stands out and will keep receiving updates in the long run. And in the hindsight, it also provides Microsoft an opportunity to wipe off the blunder it made with its Windows Phone program that went from extremely promising to a huge disappointment – thanks in no part to the lack of a good app ecosystem, lack of carrier support, and not-enough OEM love – in a rather short span of time.