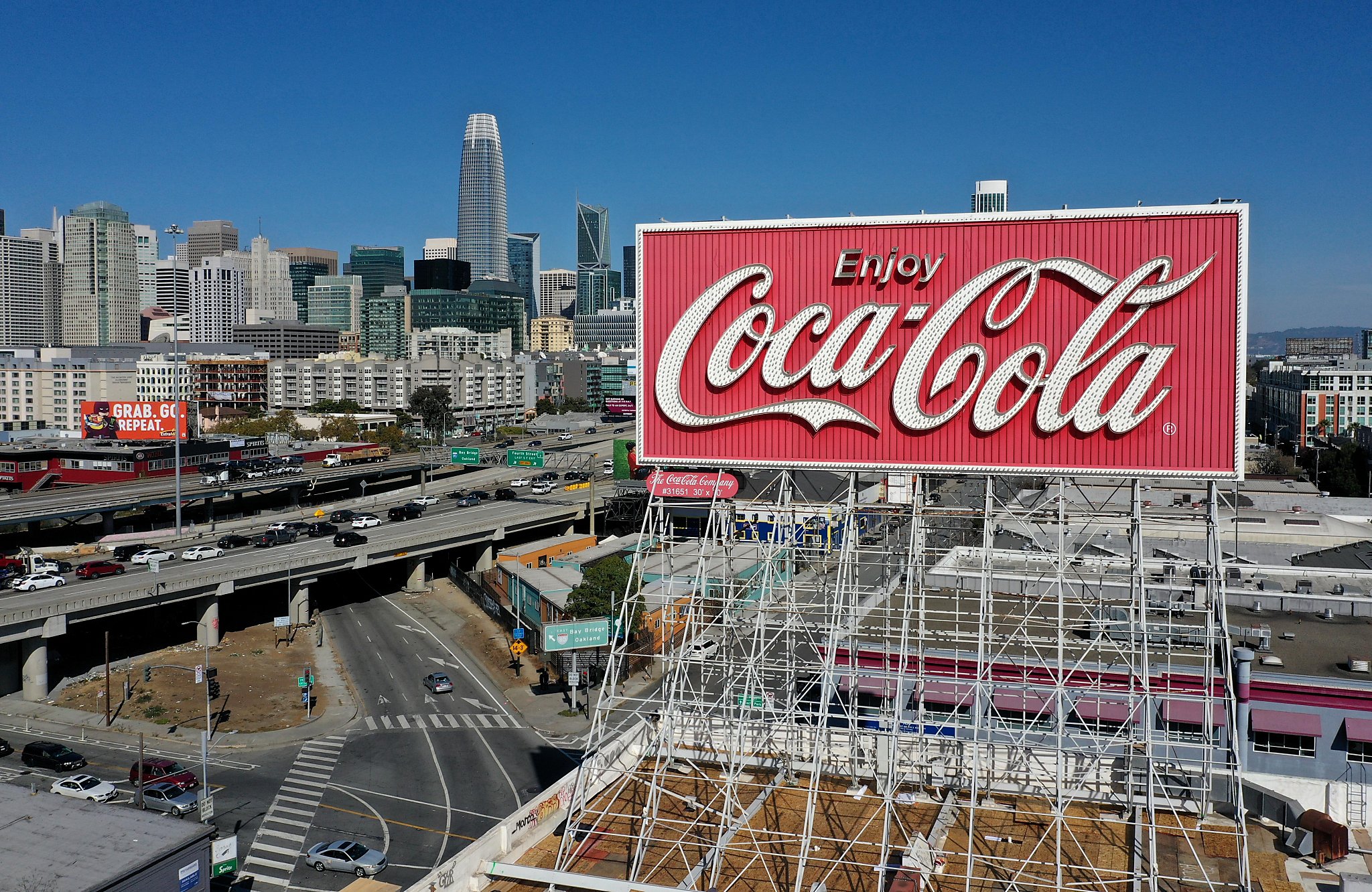 Another piece of San Francisco’s history will soon disappear: The glowing Coca-Cola sign that has stood sentinel for Bay Bridge commuters for nearly a century is coming down.
Removal of the double-faced red and white billboard, a staple of the South of Market neighborhood and San Francisco’s cityscape since 1937, is a sign of the times, Coca-Cola confirmed Monday. The company said it is shifting its advertising dollars away from traditional marketing to digital platforms.
“While we, like many San…