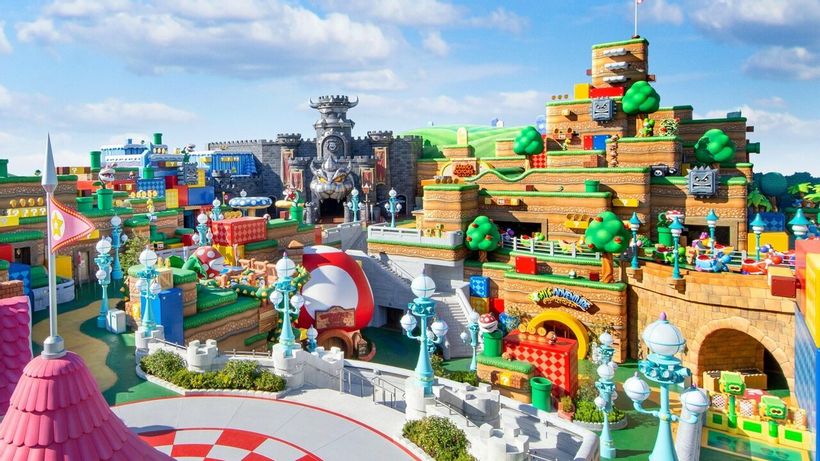 After its lengthy delay, Universal Studios Japan’s Super Nintendo World theme park will officially open on 4th February 2021.
The news was shared by USJ’s official Twitter account this morning, which also provided a great look at some of the park’s finer details. There’s a fantastic image of the park itself, which looks like it’ll be a charming, colourful wonderland, and we can also see the Mario Kart ride which was first revealed in leaked (and now deleted) images earlier this year.
Bloomberg’s…