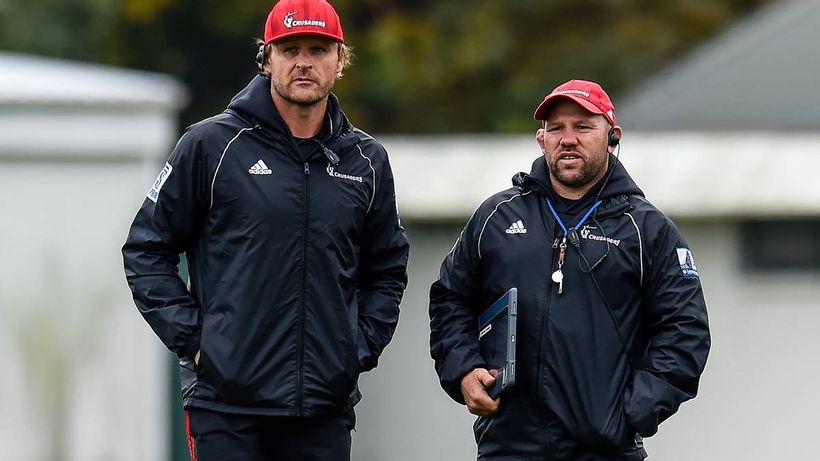 Crusaders head coach Scott Robertson and assistant Jason Ryan during training at Rugby Park. Photo / PhotosportCrusaders assistant coach Jason Ryan has revealed how he feared for the worst after being rushed to a French hospital with Covid-19 complications.
Ryan, the forwards coach of the Super Rugby Aotearoa champions, contracted the virus during a stint as assistant coach of the Fijian national team late last year.
The Fijians were due to play France in an Autumn Nations Cup test in Vannes in…