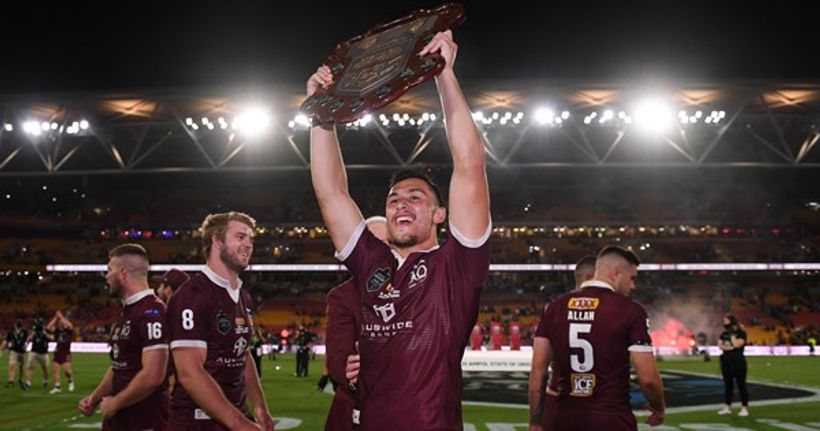 Tino Fa’asuamaleaui’s growing family affair at the Titans has the marquee signing already thinking about putting long-term roots down on the Gold Coast.
Fa’asuamaleaui is currently bunking down with fellow star signing David Fifita until his partner Jordan and baby Alina move down from his hometown of Gympie at the end of January.
With younger brother Iszac also joining the Junior Titans program from Melbourne’s system late last year, Fa’asuamaleuai plans to put him up once he’s slept in his own…