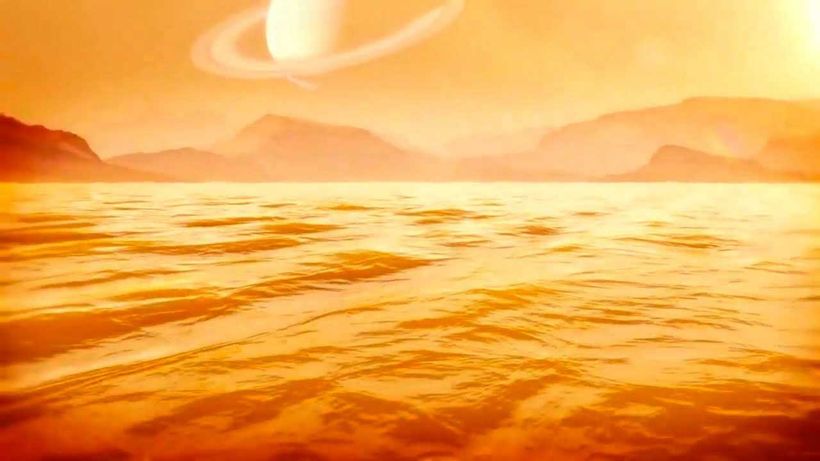 Kraken Mare is the largest sea on the surface of Saturn’s moon Titan. It is a huge body of liquid ethane and methane near Titan’s north pole. The sea covers 154,000 square miles.
Cornell astronomers have estimated that the sea to be at least 1,000 feet deep near its center.
The data for this discovery was gathered on Cassini’s T104 flyby of Titan on Aug. 21, 2014. The spacecraft’s radar surveyed Ligeia Mare a smaller sea in the moon’s northern polar region to look for the mysteriously disappearing…