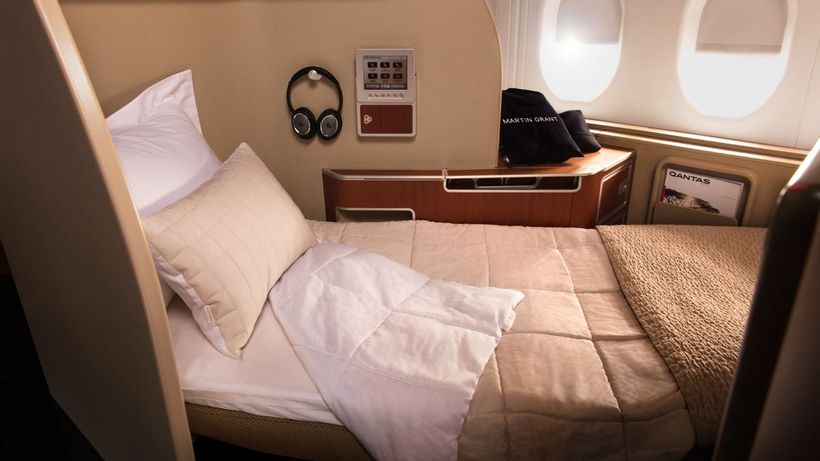 Although Qantas is now plotting a July restart for its international network, something will be missing from the picture: the option to fly first class.
For almost as long as Qantas has been carrying passengers which means the better part of its 100-year history the airline has soared the lofty heights of luxury.
The peak of that was perhaps in 1971, when Qantas’ first Boeing 747 jumbo jet introduced the exclusive Captain Cook lounge in the jumbo’s upper deck ‘hump’ where first class travellers…